Cervical cancer is actually one type of cancer that can be found at a very early stage. In Western countries where awareness of detecting cell abnormalities in the body is very high, cervical cancer cases can be prevented. The early detection system that has not been running as it should in some of developing countries is probably what makes the number of cases (prevalence) of cancer of the uterine neck still high. Usually patients come to the doctor at an advanced stage. 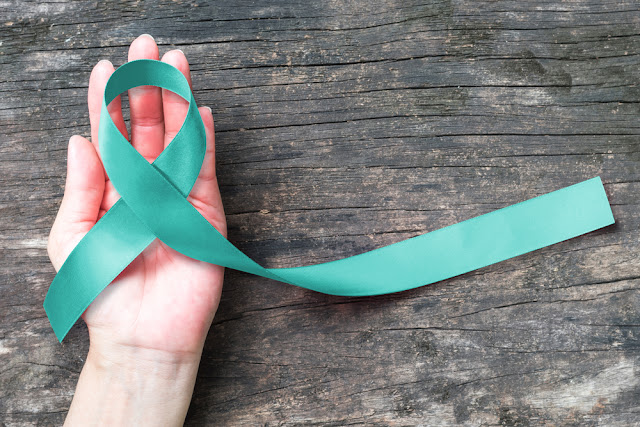 The cervical cancer testing technique is actually simple, known as a review Pap or Pap smear. With this technique, cells in the cervix are taken to be examined in the laboratory. The cells taken must be from two places, the outer cervical cells called the ectocervix and the inner cervical cells called the endocervix. These abnormalities of the cell apparently appear on the junction between the ectocervix and endocervix, perhaps because in the junction area there are often gaps.

Early detection becomes increasingly important because, in the early stages, cervical cancer does not show symptoms or pain. Only after reaching an advanced stage, this cancer shows symptoms, such as vag*nal discharge, smelling vag*na, spontaneous bleeding, bleeding after coitus, and pelvic pain. Bleeding from the vag*na, pain in the pelvis and if it has spread to the bone will feel pain in the bone such as the spine.

Unfortunately, when this symptom arises, the patient is actually late in treatment. The recovery hopes are getting smaller. It is recommended to take Pap reviews every year to those who have had s*xual relations.

Pap tests can be done anytime, except during menstruation. If the Pap test shows positive results, further examination with colposcopy is required. With this tool, the image of the cervix is ​​enlarged up to 40 times, so that abnormalities are clearly visible, including the location and extent area of ​​abnormality. In addition, a biopsy is needed to determine the level of cell malignancy.

Trigger factor of Cervical Cancer
Until now in the whole world, which is considered a risk factor is the presence of a viral infection that is flushed by Human Papiloma Virus (HPV). There are 59 types of HPV that have been identified in the world, but those that are considered to be the etiological factors of cancer are types 16, 18, and 31. Other viruses are benign.

The viruses can be transmitted through s*xual contact. That’s why the risk of cervical cancer. Higher in women who are changing partners. Other things that can increase risk are smoking habits, alcoholic habits, s*xual intercourse at a young age, many children, frequent infections in the genital area, and lack of maintaining s*xual hygiene.

When viewed from many degrees, cervical cancer is the most detailed stages. There are so-called precancerous lesions, carcinoma dysplasia in situ, and cancer. That is also divided into more precise degrees.

If this cell abnormality is found still in the stage of precancerous lesions, recovery can reach 80-98 percent. The higher the stage of cancer, the less it will be chances are the patient can recover and be able to survive.

The treatment chosen by a doctor depends on the type of cancer that attacks, the stage, the organ that is attacked, the patient’s factor, and age. About the stages of cancer, treatment, tools, advantages and disadvantages, and the success rate of uterine cancer treatment determined on the treatment that is adjusted to the stage of treatment carried out

Stop Smoking Tips You Should Try

Use Sleeping pills for treatment of insomnia and sleeping disorders