We all know what are the adverse effects of smoking, starting from cancer, impaired lung function, to heart problems. However, in fact there are still many effects caused by smoking in addition to these three things. We will discuss them one by one; 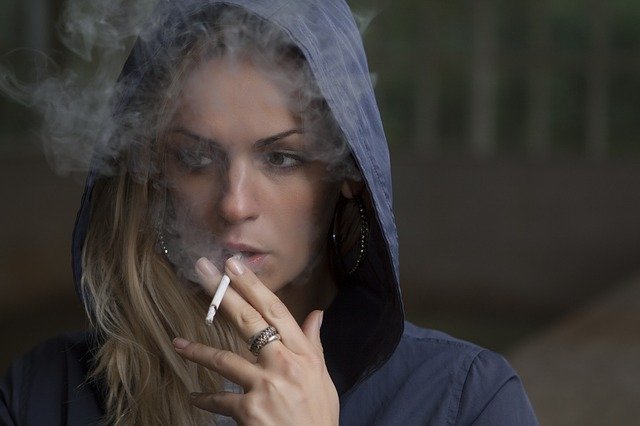 The effects of cigarettes are rarely known

Many people think that smoking only affects the lungs and heart. But apparently, smoking can have a negative effect on all organs of the body. Well, let’s look at what are the dangers of smoking that are rarely known by ordinary people.

A study conducted by Tulane University found the negative effects of smoking which in fact can interfere with your sexual life and your partner. The researchers found that the more cigarettes smoked, the greater the chance of men experiencing erectile dysfunction.

Nicotine in cigarettes acts as a vasoconstrictor, which can reduce blood flow which is useful for maintaining the duration of an erection. Therefore, men who smoke are very at risk of impotence or erectile dysfunction.

For women who smoke, they are more likely to have more severe PMS symptoms compared to women who don’t smoke. As quoted by the American College of Obstetricians and Gynecologists, 50% of female smokers experience stomach cramps before their menstrual periods. These conditions can last for 2 days or more.

Not only stomach cramps, smoking can also have other negative effects on women who are PMS such as:

This is due to changes in female hormone levels and a decrease in vitamin D in the body, so that these symptoms are getting worse.

Smokers have a two to three times greater chance of developing cataracts than those who don’t smoke. A study conducted by Rutgers University found that active smokers had vision problems. They have difficulty distinguishing gradations from various colors.

The effects of smoking can also cause blindness due to age-related macular degeneration. This disease attacks the retina and is often experienced by people over 55 years old. How did it happen?

This is caused by disruption of blood flow in the body, one of which leads to the retina of the eye by free radical substances present in cigarettes. Well, in the eye’s retina there are macular cells that can reduce the main function of the sense of sight and cause damage. Therefore, the impact of smoking can be so negative that it can make us blind.

Smoking can make it harder for you to hold your pee. Yes, another negative effect of cigarettes that are rarely known is urinary incontinence, aka cannot hold urination.

Based on research in 2000, found that those who smoked were 3 times more likely to urinate than passive smokers. This urge to urinate is caused by the bladder muscles not working properly, so the urine just comes out.

5. Other types of cancer

Lung cancer is a cancer that is often associated with the effects of smoking. However, you should be aware that there are other dangers of cancer that lurk you due to smoking.

Researchers from the American Cancer Society have noted, at least there are several different types of cancer caused by smoking.

Smoking can cause fertility problems in men and women. Cigarettes can damage the quality of sperm and the female reproductive system. In addition, women who smoke risk losing ovulation like normal women.

Although women who smoke have a chance of getting pregnant, the risk of miscarriage and stillbirth still exists. Therefore, during pregnancy try to stop smoking for the sake of your baby.

7. Has bad effects during pregnancy

You should stop smoking from now on if you are pregnant. The danger of smoking is very influential on your pregnancy, especially the fetus that is being conceived.

That is because carbon monoxide is very easily absorbed by fetal tissue and nicotine that passes through the placental blood barrier resulting in increased fetal heart rate.

According to ACOG, pregnant women who smoke have a risk of miscarriage by 39% and other problems. Starting from the release of the placenta from the uterine wall, the placenta covers the birth canal, until the baby is stillborn.

Cigarettes will make your baby’s chances of being born with a low weight.

Smoking when you breastfeed is also no better. Breast milk taken by infants containing nicotine and exposure to tobacco smoke has a 3 times greater risk of dying from sudden infant death syndrome.

Travel Insurance is Your Holiday Companion