Blood spots in pregnant women should not be possible, except when approaching the birth process. However, there are times when during pregnancy, pregnant women may experience blood spots, especially those that appear in the first trimester (the first three months of pregnancy). For that, if you are pregnant and realize there are bloodstains, whether it is a lot or a little, immediately consult a gynecologist or midwife. Because it is possible the blood spots are signs of pregnancy problems as follows: 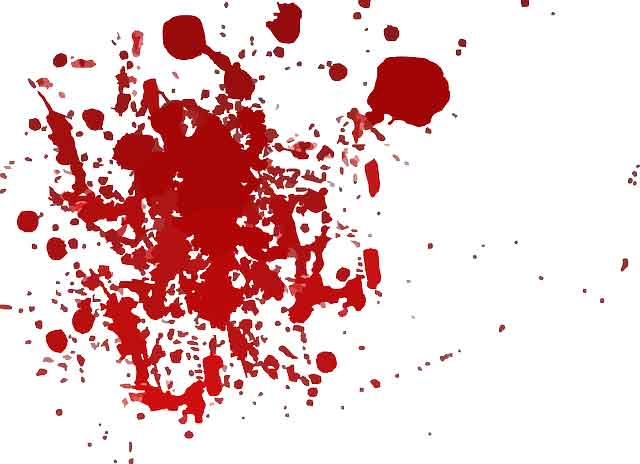 Ectopic pregnancy / Pregnancy outside the uterus

Pregnancy outside the uterus or ectopic pregnancy can occur when a fertilized egg cannot attach to the uterus but in the fallopian tubes, ovaries, cervix or abdominal cavity. If the embryo is attached to the oviduct, then the growth of the embryo causes the oviduct to enlarge or rupture. If broken can lead to maternal death. The symptoms of ectopic pregnancy are similar to the symptoms of miscarriage. Usually after the first menstrual delay, you will feel cramping pain and you will notice potting (bleeding).

This bleeding can endanger the health of pregnant women. Consult a doctor immediately If you experience pain on one side of the hip, vaginal bleeding outside of menstruation, pain in the lower abdomen and fainting.

About 20-30 percent of pregnancies end in miscarriage. Symptoms begin with the appearance of blood spots or bleeding. You will also experience stomach cramps, bleeding and loss of pregnancy symptoms. Not all pregnant women who experience bloodstains in pregnancy mean having a miscarriage. Even as many as 50 percent of pregnant women who have experienced blood spots get a healthy pregnancy period. But that does not mean you underestimate this problem, immediately ensure the health of your pregnancy. With an ultrasound examination you can be sure whether or not your pregnancy.

The appearance of blood spots during the first trimester of pregnancy can be caused by implantation bleeding. As is known after conception occurs, the fertilized egg cell will move to the uterus and implant themselves into the inner lining of the uterus (endometrium). In some women, planting seeds (zygote) can cause blood spots. Generally implantation bleeding in the form of bright red or brownish spots. These blood spots are different from menstruation, they appear only 1-3 days, are intermittent and often occur before the next menstrual period, between 6-12 days after ovulation.

Bleeding due to sexual intercourse

Higher blood flow to the cervix enters pregnancy. So sometimes sexual intercourse during pregnancy can injure the cervical area, causing bleeding. But that does not mean you do not check this bleeding problem.

You should still check when a pregnancy problem occurs and notify an obstetrician or midwife if you have had sexual intercourse in the previous days.

Blood spots or bleeding are sometimes caused by things like lifting heavy objects to exercise too heavy or falling during pregnancy. This is because heavy lifting will compress the uterus, causing bleeding. To find out if your pregnancy problems do not threaten the health of the mother or fetus, consult your obstetrician or midwife immediately.