Type 1 diabetes or insulin-dependent diabetes is a long-term disease caused by a decrease in the function of the pancreas to produce enough insulin for the body. Insulin functions to control glucose (sugar) in cells obtained from the blood. In people with diabetes, the glucose found in the blood cannot be absorbed by the body’s cells, causing various symptoms and complications. 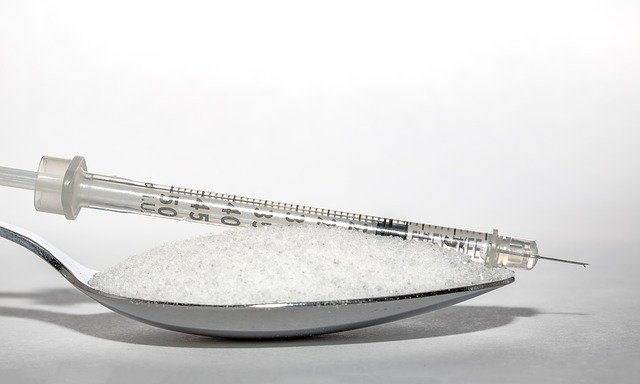 Some risk factors for type 1 diabetes include:

When someone will be more at risk of developing type 1 diabetes if there are family members who have the same disease, because it is associated with certain genes.

People who live in areas far from the equator, such as in Finland and Sardinia, are most affected by type 1 diabetes. This condition is caused by a lack of vitamin D that can be obtained from sunlight, thus triggering autoimmune diseases.

such as consuming cow’s milk at an early age, water containing sodium nitrate, cereals, and gluten before the age of 4 months or after 7 months, having a mother with a history of preeclampsia, and having jaundice at birth.

Type 1 diabetes is caused by the inability of the pancreas to produce enough insulin so that glucose in the blood cannot enter the cells. Disorders of the pancreas are thought to be due to an autoimmune process, which is when a person’s immune system attacks healthy body cells.

In type 1 diabetes, the immune system attacks and damages beta cells in the pancreas, so it cannot produce enough insulin.

Some symptoms of type 1 diabetes include:

Someone will be diagnosed with type 1 diabetes from the results of medical interviews, physical examinations, and supporting examinations, such as:

Complications of Type 1 Diabetes
Type 1 diabetes if not treated immediately can cause the following complications:

Diabetes cannot be cured. Treatment is aimed at maintaining a balance in blood glucose levels and controlling symptoms. In addition, treatment is also done to prevent complications that can occur later in life. Some treatments given by doctors include:

Prevention efforts in type 1 diabetes include: