But there are ways to overcome migraines without taking medication. Let’s discuss them one by one.
Although there are no drugs that can truly cure migraines, making small changes in your diet and lifestyle can reduce the frequency and severity of migraines. 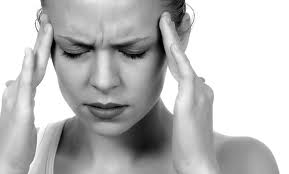 How to treat migraines without drugs

Here are some things you can do to treat migraines without taking medication:

A decrease in blood sugar levels can trigger a migraine because it leads to glucose released into the bloodstream, causing blood pressure to rise. Eat regularly every 4 hours and not more than 12 hours a night without food.

Too much caffeine can cause blood vessels around the brain to become too limited, which can trigger migraines. More than 300 mg of caffeine a day (3 cups of ground coffee or 5 cups of instant) can cause problems. Try reducing or switching to decaffeinated drinks. Chocolate also contains caffeine.

Chewing ginger can relieve nausea and digestive problems that tend to accompany migraine symptoms. Ginger can also block the effects of prostaglandins, which can cause inflammation of blood vessels in the brain and trigger migraines.

Dehydration can also trigger migraines. The tissue around the brain consists of water so that when it loses fluids, the tissue will shrink, causing irritation and pain. Drinking between 1 and 2 liters of water a day can reduce the severity, duration, and frequency of migraine attacks.

5HTP is used to make serotonin so that it can help to reduce the body’s vulnerability to migraine attacks. Butterbur and Coenzyme Q10 are also believed to help prevent migraines.

Yoga can make you calm, reduce stress, and relieve aches and pains. Yoga can also ease stiffness in the neck and shoulders to prevent the recurrence of migraine symptoms.