Falling down is one of the things that most happen in the early days of someone learning to stand, walk, and run. But did you know? for people with hemophilia, falling down can be fatal for them, especially to cause an open wound, because the blood that comes out will be difficult to stop.

Besides injuries, collisions can cause excessive bruising. Likewise, if the tongue is bitten and bleeding, it can last for hours or even days. 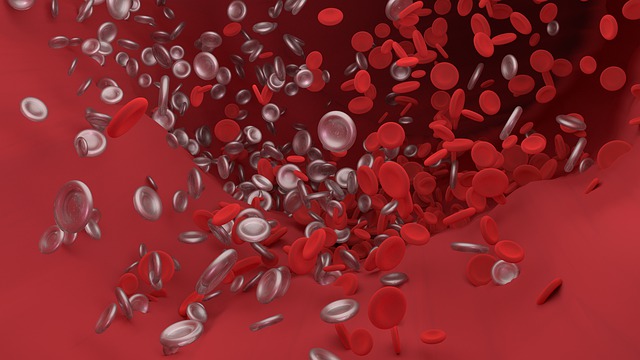 The characteristic sign of a child with hemophilia is hemarthrosis, which is bleeding in large joints (knees, elbows, ankles) that feels painful and swollen causing the joints to not be moved. These symptoms can occur due to minor collisions or arise alone. Besides bleeding often occurs under the skin and muscles.

Mild hemophilia symptoms are only in the form of the length of blood clots after tooth extraction, surgery, or when injured. Severe hemophilia, 90% can be diagnosed under the age of 1 year.

Men suffer more hemophilia because men have XY chromosomes. Hemophilia results from mutations or genetic defects on the X chromosome (linked recessive), which means it is passed down through the X gene (the mother) which affects her son.

Whereas women are only carriers. But it is quite possible women suffer from hemophilia. It could be if his father is hemophilia and his mother is a carrier. But this case is rare.

The diagnosis of hemophilia is based on a blue history of the skin, skin, and joint bleeding. Often found when the child is circumcised, and the bleeding does not stop (at least 5 years of age) when the child is immunized or the child is checking blood. Only then will laboratory tests be carried out to measure levels of factors VIII and IX. Followed by PT and APPT examination. Children lacking clotting factor VIII are called hemophilia A, while factor IX deficiency is grouped in hemophilia B. Hemophilia A is the most type of hemophilia in the world today.

Hemophilia cannot be cured. Without therapy, some children with severe hemophilia end in death, but with appropriate therapy can guarantee the child will grow normally and be productive in adulthood.

In addition to avoiding trauma, some drugs should not be consumed by children with hemophilia, especially drugs that affect the work of platelets that function to form blockages in blood vessels, such as salicylic acid, nonsteroidal anti-inflammatory drugs, or blood thinners such as heparin.

Hemophiliacs should wear special signs such as bracelets or necklaces that indicate that he has hemophilia. This is important so that when an accident or other emergency occurs, medical personnel can determine special assistance.

Hemophilia is an unpopular disease that is not easily diagnosed. That is why hemophiliacs are expected to wear hemophilia bracelets or necklaces and always carry their medical information. This is related to medical treatment if hemophilia sufferers are forced to undergo treatment in a hospital or have an accident. Most importantly, hemophiliacs should not get injections into the muscles because they can cause injury or bleeding.

Hemophiliacs must also be diligent in doing maintenance and regular dental and gum health checks. For dental and special examinations, at least half a year, to avoid developing dental problems.

Hemophiliacs can eat healthy food or drinks and maintain body weight so as not to overdo it. Because excess weight can cause bleeding in the joints in the legs, especially in cases of severe hemophilia.

Hemophiliacs should avoid using aspirin because it can increase bleeding and should not take any medication, all medicines must be in accordance with the recommendations of the doctor.

Regular exercise to keep muscles and joints strong and for health. The good physical condition can reduce the amount of bleeding. So, hemophiliacs cannot work and live like normal people.

What Beverages to Avoid in Order Keeping your Teeth Healthy?